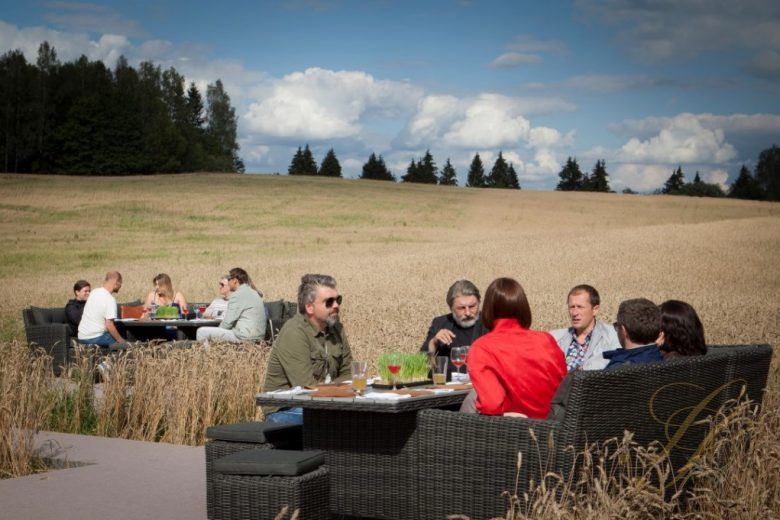 What: Well-known businessmen and public figures had lunch in a field of rye

Where: A field of rye (Riešė, Lithuania)

On Friday, several successful Lithuanian businesspeople and active public figures met in the middle of a rye field to share an extraordinary lunch.

The open-air lunch was organized to mark the 25th anniversary of the Baltic Way and to present the ooOsome.lt Lithuanian experience project. The rain that had fallen all week seemed to avoid Riešė that Friday just for this event, so there was nothing to interrupt the string quartet at the event from entertaining the guests.

The classical music played for guests at the event was accompanied by exceptional gourmet food. Vodka gelatin with pickled cucumber and skilandis sausage were offered as snacks to greet the guests.

Some of the dishes savoured by the special guests that Friday included cauliflower soufflé with tomato crème and marigold dust served in a bun, honey stewed in beer, Limousin beef steaks flavoured with bread and home-grown onions, and filo pastries filled with sweet pears, young spinach leaves and French le brie cheese.

For dessert, the guests had corn-cob-and-honey-flavoured ice-cream served with meringue. 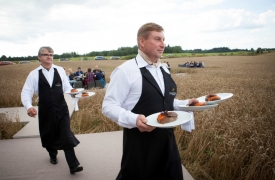 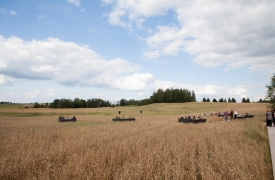 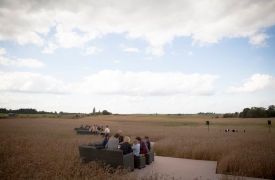 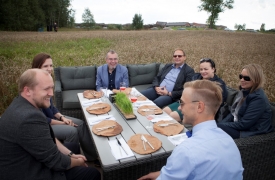 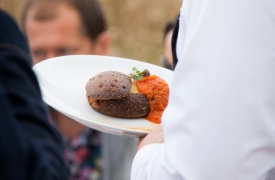 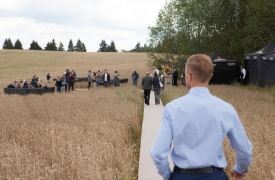 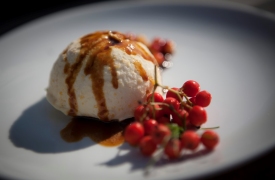 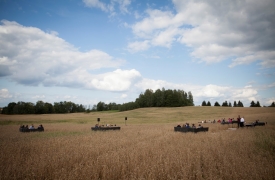 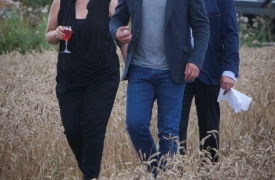 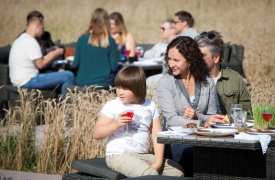 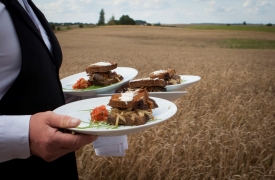