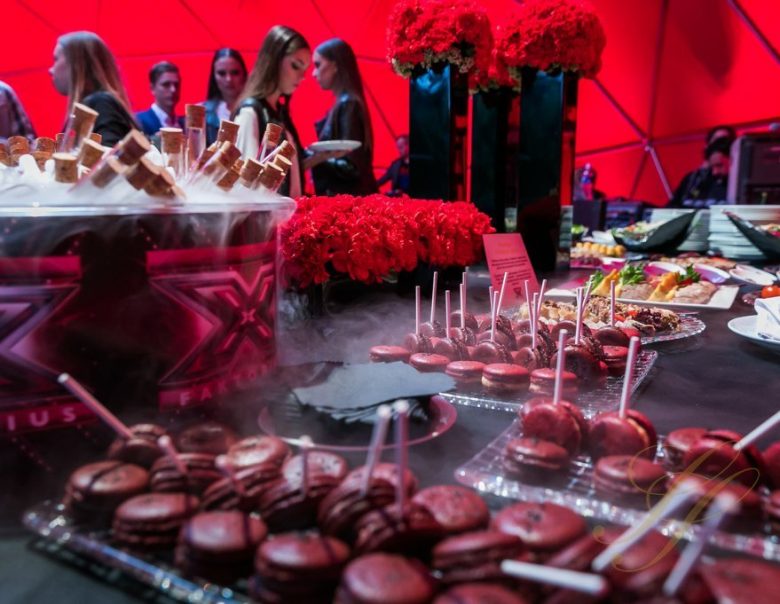 What? The opening of TV3’s new season

On September 4th, 2015, even the rain couldn’t stop the throng of well-dressed entertainers from gathering for the opening of TV3’s newest season. Prime Minister Algirdas Butkevičius also attended with his wife, Janina.

The dark and cloudy sky was lit up by the decorated space and tables of food. Skonio Slėnis Gourmet Catering’s tables were dominated by the colour red – from the rose-coloured tuna to the cherry macaroon pastries and from the bright red carnations to the cranberries and strawberries. One hundred red candles burned in glasses to warm the cold night…

After the official season opening and the feast organized by Skonio Slėnis Gourmet Catering ended, the guests weren’t ready to leave just yet – they also received a grand concert from SEL!

« Welcoming a guest is welcoming God